STALKING A RED STAGS DURING THE RUT IN SPAIN 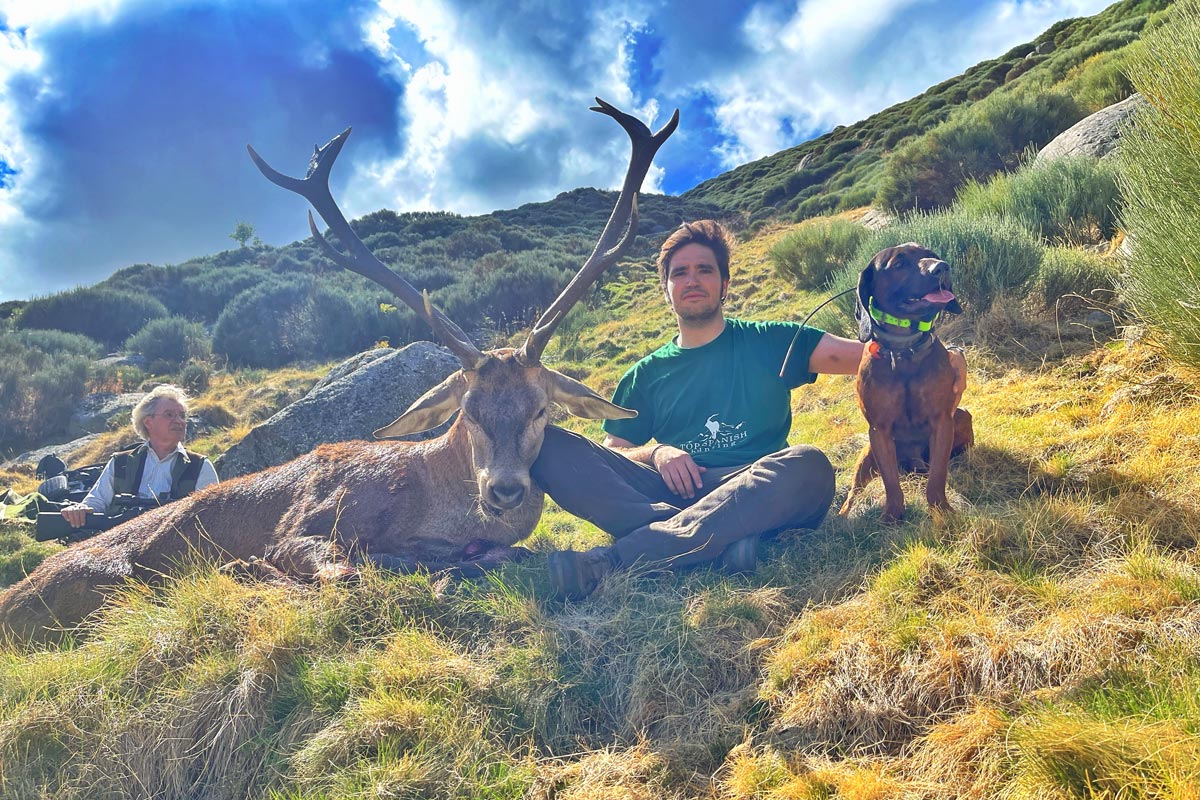 After a few days hunting red stags in Spain, we had to finish the rut in Gredos, stalking a red stag during the rut in Spain.

During the beginning of the rut, in that area we had located a deer that as a trophy met what we were looking for, but it was still young and had a future.
When the rut began to be at its best, we saw that the deer had changed area, moving to the side of the mountain, and that in the rope that it occupied before, now bellowed another deer that we were not able to see.

The first day of the permit and after having tried unsuccessfully to enter another deer we had seen, we decided to look out to keep an eye on the rope to see if we were lucky to see the deer that was now roaming around.
As soon as we moved to another area we were lucky enough to see the stag, although it was still quite far away, about 900 meters, and in a fairly inaccessible area, as far as we could see through the telescope, we decided it was worth a try.
We started the entrance using a trail that left us halfway up, but being already half a day, we trusted that the deer would come down to the thickest part of the forest looking for the encame.
After an hour of climbing, we found him lying in the thickest area as we had expected.
We only had to cut 50 meters to a stone that served as a support and wait for him to get up.
When the hunter was ready, I bellowed at the deer with the intention of getting him to get up, and he did. The hunter threw him down a bit hastily, breaking one of his hands, and the deer started to run along the same steps that he had brought to the place where we were going to shoot.

After waiting to let the deer cool down, we took Brezo to the shooting area and in a few seconds he had a very determined trail.
The deer was leaving blood at the level of the hand when it rubbed against the bush, which allowed us to confirm from time to time that Brezo was doing well. 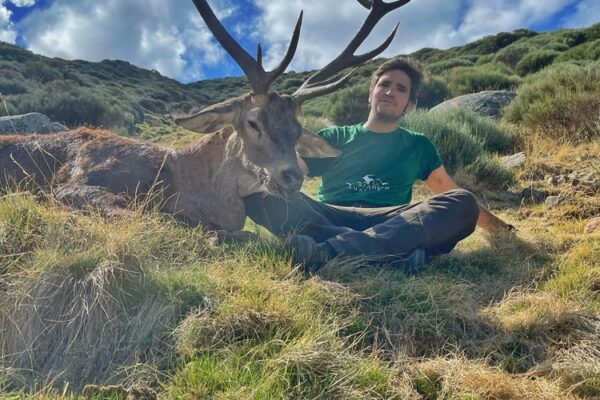 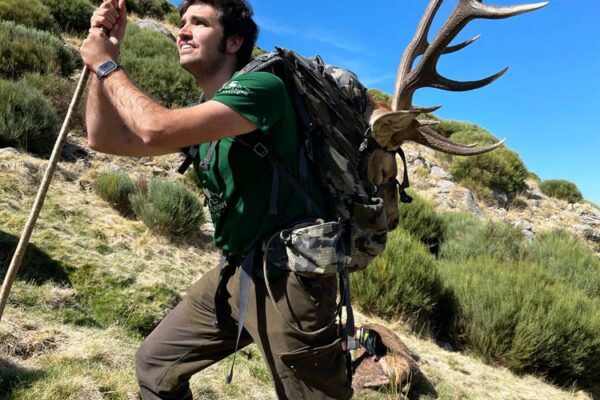 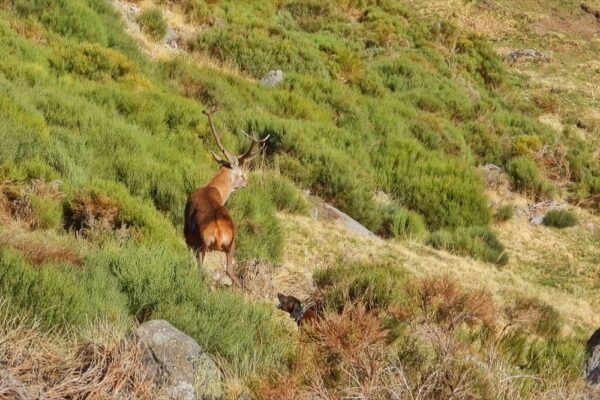 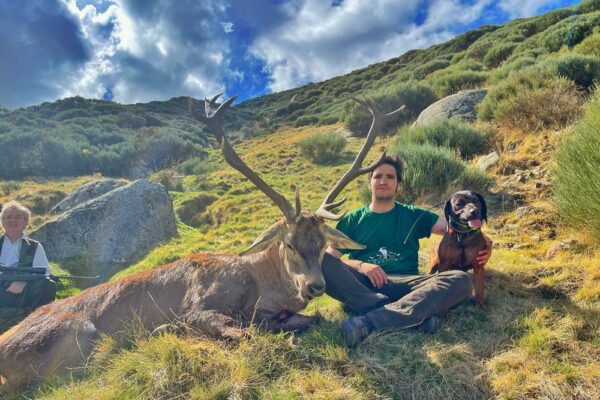 When we had been tracking for two kilometers Brezo started to show signs that the deer was very close, so I called him to come to our side assuming that we were going to pick him up and we did.
The deer started to flee downstream, stopping for a few seconds which was not enough for the hunter to finish him off, so I let Brezo follow him, confident that he would be able to stop him.
After a few seconds beating while following the deer, without seeing them, finally the barking started to sound like the deer was stopped.
I went ahead as fast as possible to confirm it and waited for the hunter to arrive to finish it off.
When he arrived, I called Brezo back so that the hunter could shoot the deer, and after the finishing shot we approached.
Once we had the animal in our hands, we realized that its body was full of wounds from a fight with another deer. After removing the meat and when we were ready to cut the head we saw that it had a contra nailed in the skull. As I could check the next day, the contra was from the deer that at the beginning of the rutting season dominated that place, confirming as we had guessed, that it had been this deer that had thrown him out of there.

What better way to end the rut than with a stalking in Gredos, collecting an old deer, with history behind it and with a very complete set that none of us will forget.