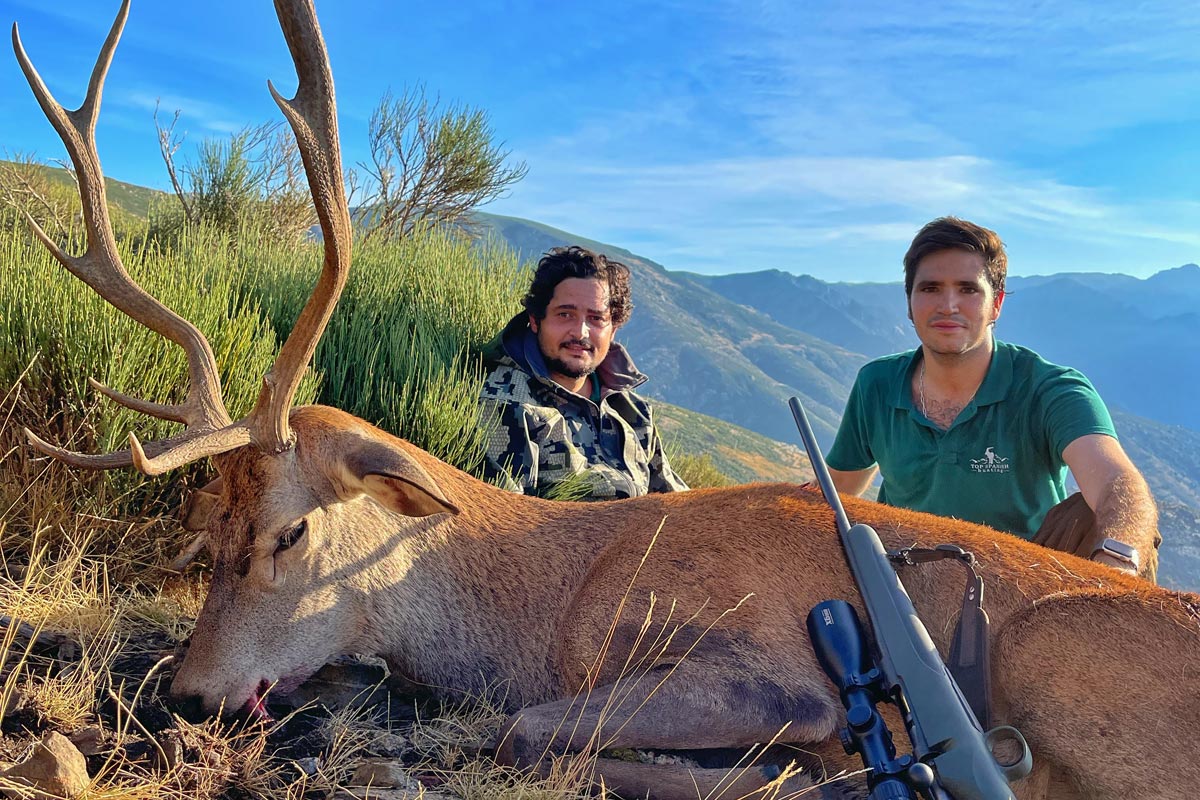 With the beginning of the red stag rut in Spain, it was our turn to hunt a selective deer in Gredos.

We got up early to be in the mountains before daylight, and thus get a head start against the animals, which, as the rut was not yet at its best, were collected early.
As soon as we got out of the car, we began to hear several bucks, and we decided to go to a very large hole where they were having the most racket.

We took the path and an hour later we were there. Before reaching the top of the rope that overlooked the valley, we scared off a doe that made all the venaos quiet, but we already had them more or less located by the sound. 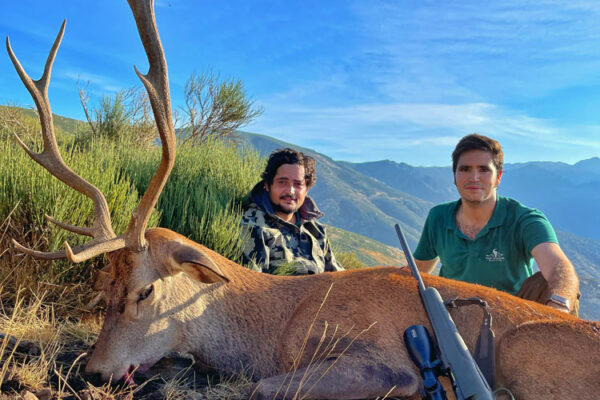 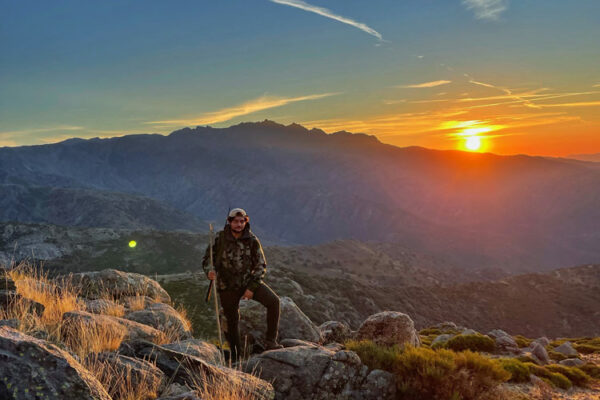 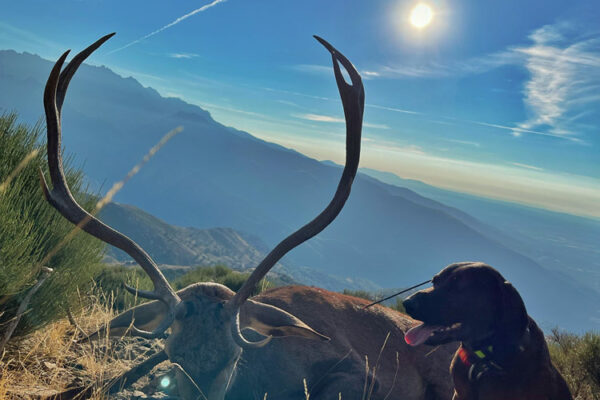 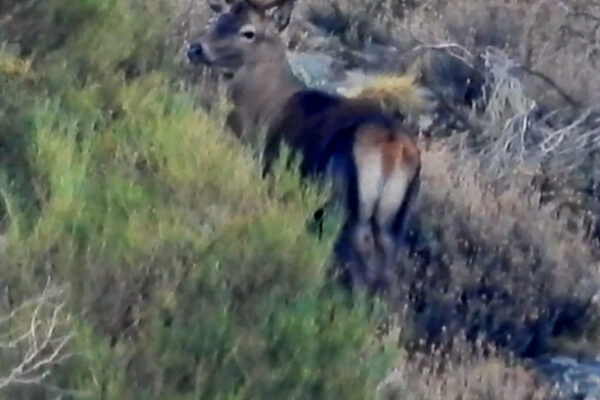 As soon as we turned over we saw the deer we wanted to shoot, and even though he was ready to cross into the next valley, I was able to stop him for a few seconds and Manu took advantage of it to make a perfect shot at 350 meters.